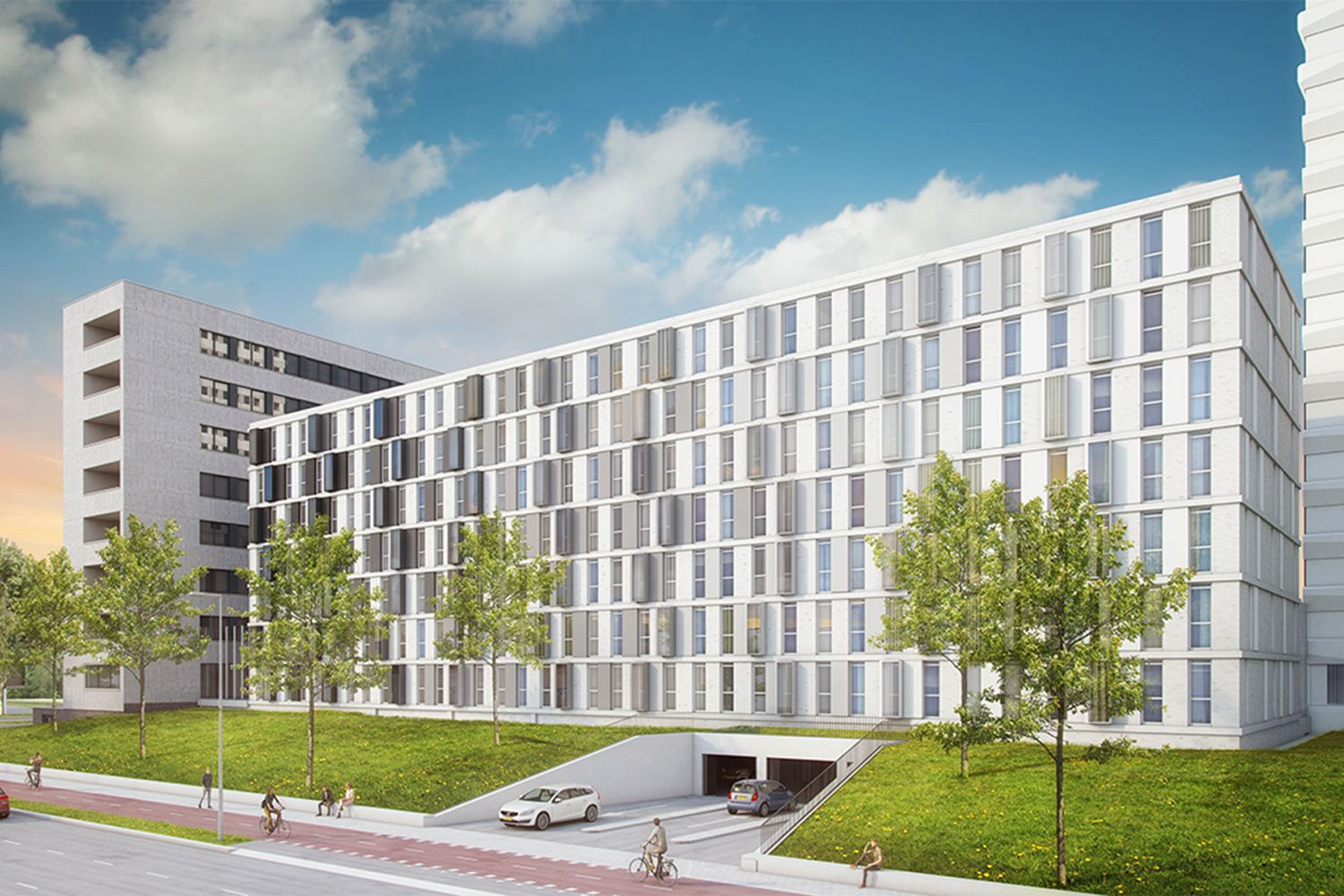 The Student Housing market is evolving quickly and penetrating more European markets along with the ones already firmly established like the UK. With the situation of the pandemic gradually improving there will be positive effects on the PBSA market and students' mobility too despite the fact that the industry has not really stopped in these two years. We already discussed some of these trends back in August. In PBSA Market growth in Europe, we specifically went into the differences with facilities adoption in premium and average-level accommodations, as well as the differences between locations in Tier-1 and Tier-2 cities.

Part of the data we draw our conclusions from came by Bonard, a consultancy specialised in research and data on the student housing market. A few weeks back they released a 2021 report, and there is a lot of interesting topics they and the panellists involved touched on during the presentation.

We went through a few of these here below.

The first data visualisation provided shows the huge difference in single markets development. Counting the number of beds, the UK leads the way with over twice the beds of the second country in the list, Germany (the US is not accounted for though). 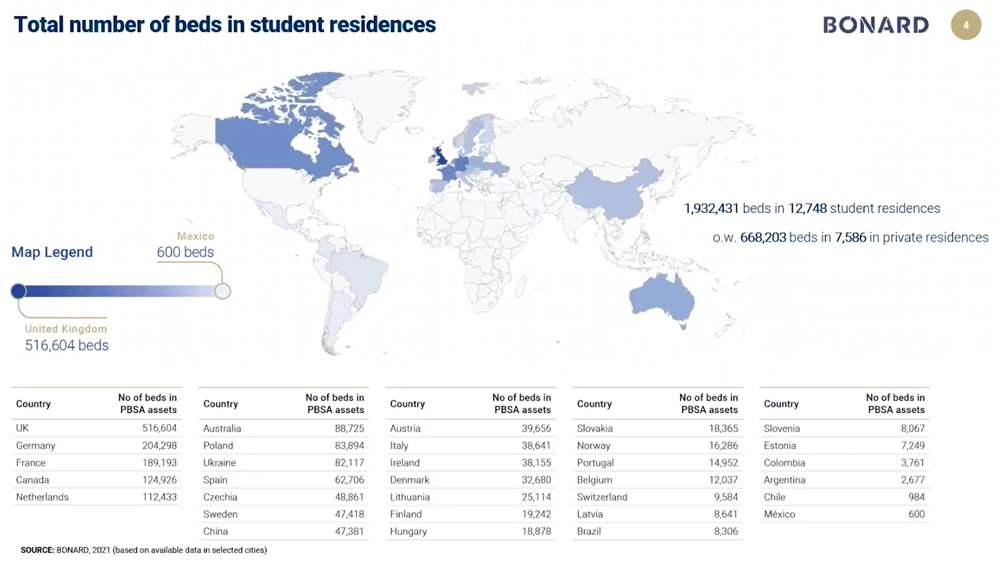 In Europe, this is consistent with the occupancy rates that in the less served countries, such as the Netherlands, Poland, Italy, is almost at 100%, and decreases slightly in those countries that have more coverage. Overall, however, the average rate of occupancy across Europe reaches 94%. 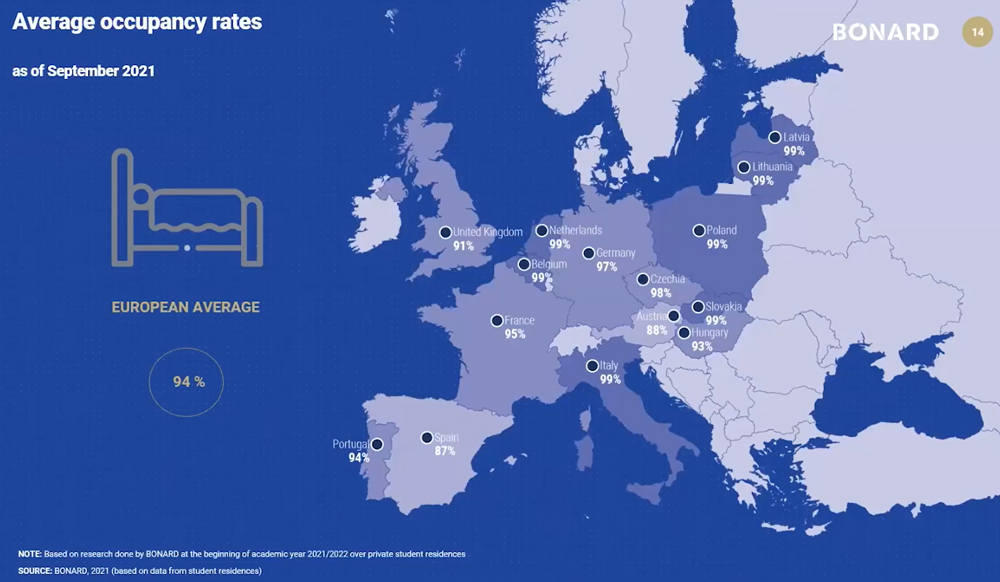 By looking at single cities within our Continent, the major opportunities for growth, in fact, appear to be in Spain, France, Poland, and Italy over the 2020-2021 period. Over last year, there has been a strong investment demand from institutions which in turn drove the pricing up, especially in big cities. The projects pipeline though still shows the main development activities are held in the UK, with fewer big cities in other countries, such as Paris, Amsterdam, Berlin, Porto, and Barcelona following. 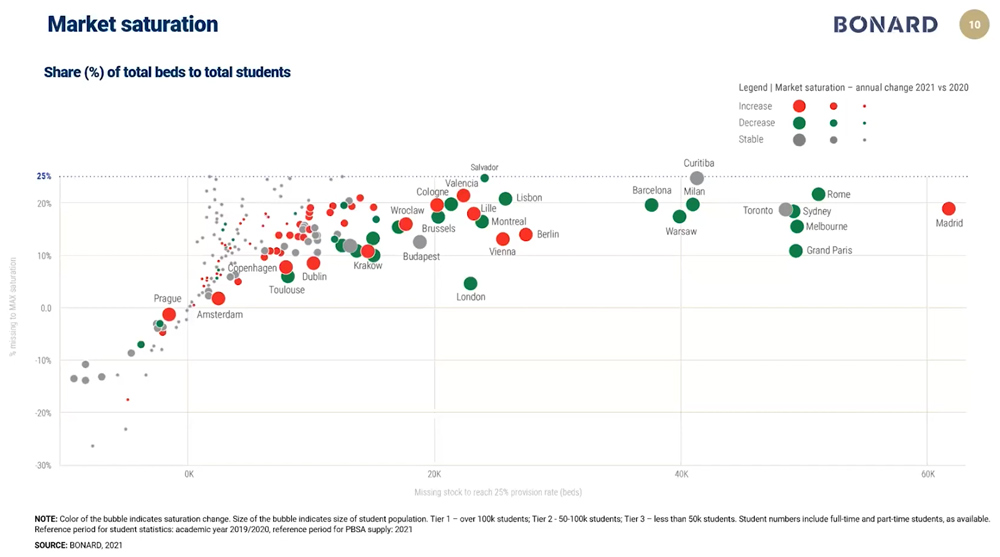 Quality of Assets and Location

Participants in the panel mention how the quality of both the asset itself and the location have gained importance in the eyes of investors, most likely as a consequence of the increasing competition, especially in saturated markets. In this context Environmental, Social, and Governance (ESG) has become a key factor in the value proposition of a PBSA. Good management in these situations also partially inverted the trend of 2020 where most were expecting a large share of students to stop studying on campus.

This is reflected also on industry players. So, as reported by the panels, while bigger locations and top-tier accommodations backed by experienced managers showed strong resilience in 2021, smaller ones, especially in second-tier cities might have had more difficulties.

Although the pandemic did not significantly damage the sector, private PBSAs were more sought after thanks to more variety in options such as studios and, in general, less public space and more private ones.

The general trend, in fact, when it comes to types of accommodation seems to be toward single rooms and studios, while for the amenities is a bit more complex. While a varied offer is always preferable, the best option for additional facilities seems to find something that interconnects with the market and where, again, ESG plays an important role. The amenities range should be defined through the target audience analysis. As we discussed in the previous article, cultural factors can have a major influence on the students’ expectations. So, once again knowing the audience, as well as the potential for inflow of foreign students is key, and maintaining a good level of flexibility when possible will increase the PBSA’s efficiency.

This is confirmed by Bonard’s data, where guidelines to pick the right amenities in different national markets were achieved through students interviews and surveys. 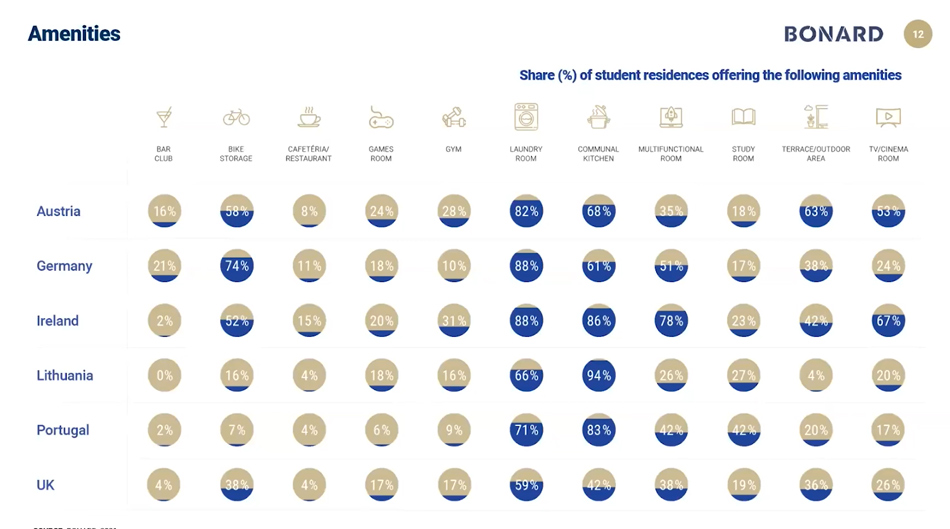 Going more in detail, two factors that are quoted as the most important for students are wi-fi speed, which is a basic requirement and cannot be lacking, and the rooms’ size. At the same time, affordability should always be taken into account, and not neglected in favour of more amenities for the sake of variety.

Finally, something that plays a role in the choice along with amenities, is a clear positioning. And here the two main drivers are privacy (influenced by these two years of pandemic), and affordability. Rooms that are positioned in the middle tend to be chosen later.

The majority of experts who took part in the presentation expect the industry to keep following and improving on the result achieved so far. So, while 2022 might still not be the year of complete recovery, occupancy levels are definitely expected to be above 90%. Also, according to the panellists, as it becomes more difficult to build portfolios at scale, large markets are still the ones that will attract large investments by big firms. But smaller, more peripheral ones also represent a big opportunity through 2022 and for the future with more flexible and granular strategies.

Of course, one major factor impacting this data will be the progression of the pandemic and the exposure to international travel. For countries that count a major percentage of foreign students such as the UK, the risk is significantly higher than for others where students are mostly locals.

Other variables that impact the industry development are the market rent regulation when discussing affordability, and as mentioned before as well, the ability and experience of the property managers.

There are risks too though that are quite spread out at different levels, and stem from the consequences of the pandemic, with logistics and inflation. A mix of factors in fact caused a significant rise in supply materials’ cost due to reduced availability, increased energy prices which all led to higher construction and buildings operating costs.

Overall, the Bonard report and the panellists presented a positive outlook on the industry and confirmed its resilience with opportunities arising both in large markets and more niche and less developed ones. On the design and development side, early planning, ESG and flexibility appear key for a strategy's success. If you would like to know more about the Environmental aspect of ESG in PBSA Interior design make sure to check our latest articles in the Sustainability and Wellbeing section! 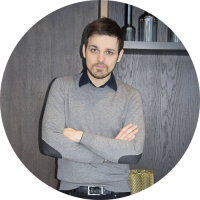 No thoughts on “Entering the 2022 PBSA Market: Bonard Report Presentation ”

Leave your comment here. Your name will be visible but your email will be hidden. 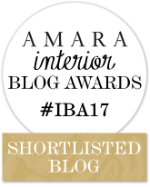 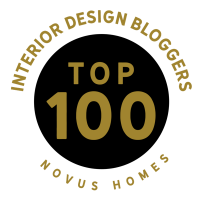